If it was not for its strict access regulations, Gunkanjima (literally: Battleship Island) could be an urban explorer’s dream location. The defunct island is easy to reach by guided tours from Nagasaki port. As a tourist you are, however, confined to a few hundred meters of fenced walkways, built when the island was opened for tourism in 2009.

A full reopening is unlikely as it would require a substantial investment in restoration and safety. As Gunkanjima has not been maintained for several decades, its remaining structures are prone to collapse anytime. Some areas were already reinforced with concrete in order to prevent further damage. 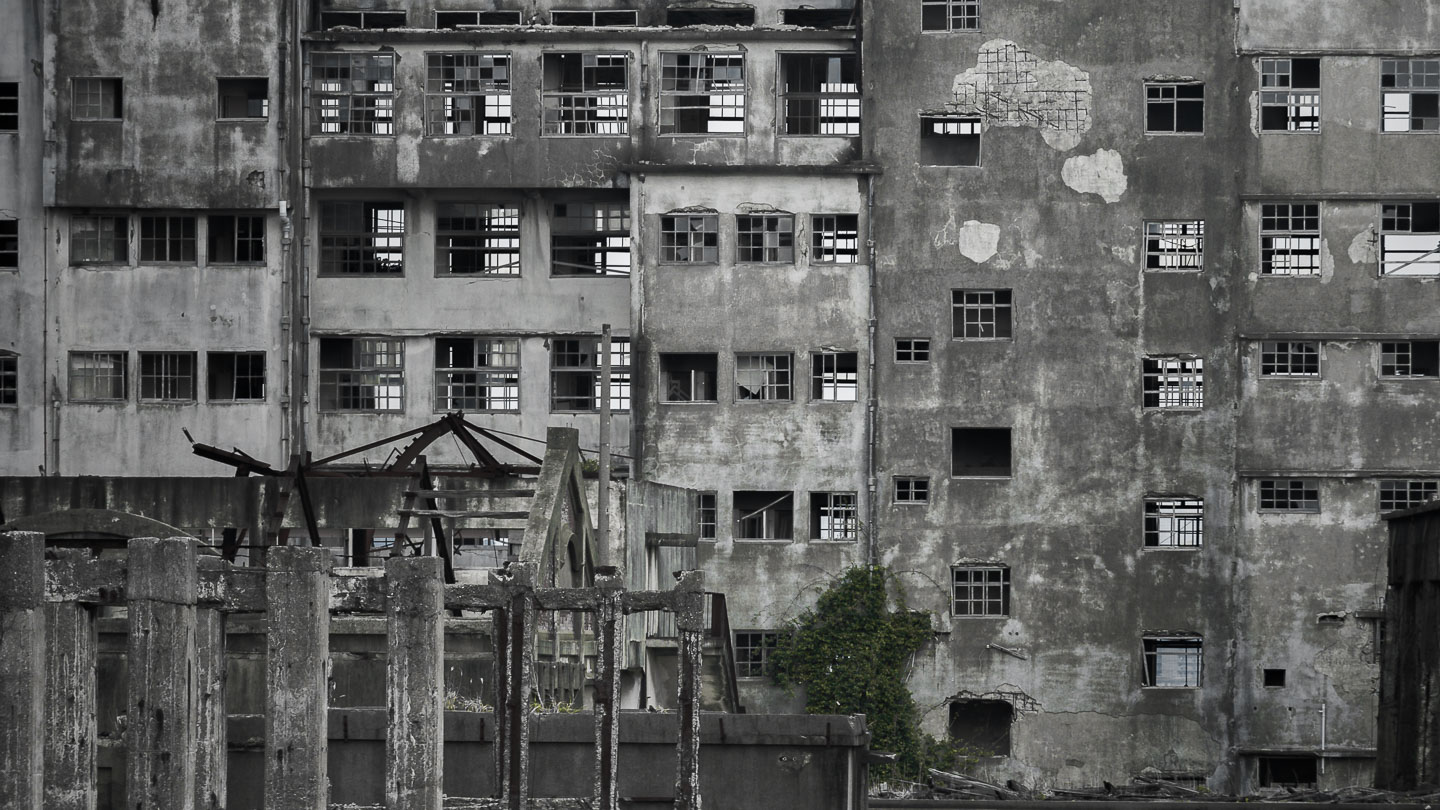 Gunkanjima’s warship-like shape dates back to the days when it served as an undersea coal mine. In its heyday, it was home to more than 5,000 miners, making it the world’s most densely populated place. In the 70s, its coal reserves were coming near depletion. As a result, the mine was closed and Hashima Island, as it is officially called, vacated by all its residents.

With its street view technology, Google provides extensive coverage of the place. It lets you peek into the buildings, even showing remains of the island’s former residents such as tube TVs or discarded soda bottles. 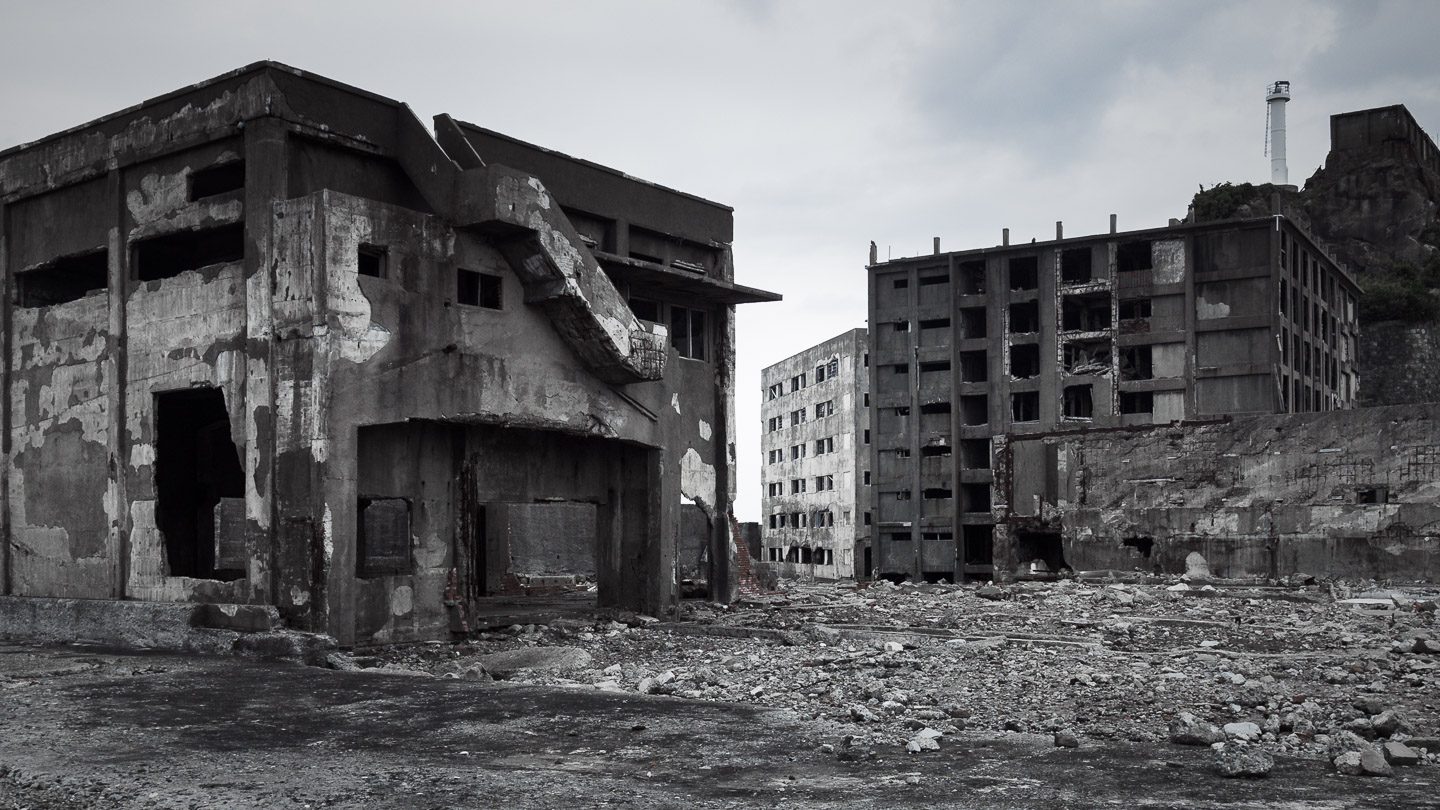